by Larby Amirouche
in Business
0

Success does not come overnight. You have to work for it. Successful businessmen like Larby Amirouche have gone through the grind and failed at some point. Somehow, failing then being able to turn things around is a skill that some companies are able to employ. What’s interesting is that one cannot learn such skills inside the classroom. They are picked up through years of hard work, failures, and experiments.

Get a Business Partner:

As the saying goes, it takes two to tango. The best-selling book “Rocket Fuel” discusses the importance of having a visionary and an integrator in the business. The visionary is the person generating the ideas while the integrator is the one implementing them. The company Ironbelly Tech has a visionary in CEO Larby Amirouche, and he has a few integrators within the company. A couple of big companies go by these partnerships like McDonald’s Ray Kroc and Fred Turner, as well as Ford Motor’s Henry Ford and James Couzen. A businessman’s visionary attitude like passion, creativity, and innovativeness are essential to help a business grow. 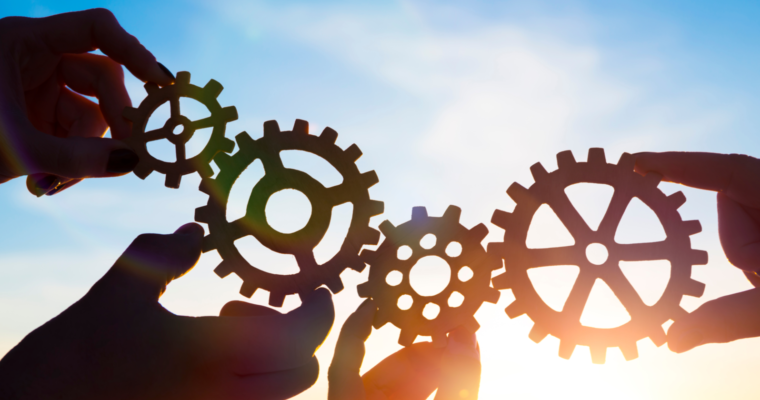 However as time goes by, the Visionary can start feeling tired, and out of energy while managing the company. Visionaries will always have these moments. The Visionary would need someone who can move people, who knows how to keep the team in line and motivated, who is great at resolving conflict, and who can execute further plans without issues. That’s the time the Visionary should tap on an Integrator. We try to be Integrators here at Ironbelly Tech for Larby Amirouche, although we have a chief Integrator. The chief Integrator will serve as the General Manager or Chief Operating Officer – the person who will implement the ideas of the Visionary.

Being impulsive can be a huge setback for an entrepreneur. Regardless of the size of the business plan, you always have to think twice when making business decisions. Always justify what good it can do for the business, and how it will set you back when the plan fails. So it’s never a good idea to involve your emotions when making business decisions. Instead, you need to take calculated risks by weighing all the variables to ensure that there are no regrets. Larby Amirouche had always made sure that plans would have minimal loss should it fail. However, his direct reports are always positive that everything will be successful.

A good example of this is when James Couzens borrowed heavily and invested $2500 with Ford Motor Company. He wanted to be a stockholder and started out as the company’s secretary. He eventually became the vice president and general manager a few years later. He was confident in investing in the company because he knew he could deliver.

Piggybacking from the previous lesson – we as business owners need to believe in ourselves. As cliche as this may sound, business owners build success by learning to believe in what they can do. If you do not believe in yourself, you are going to put too much importance on the road bumps along the way. You will only find yourself holding back from executing your plans. If you believe in yourself, you also have to believe in what you have built and in your employees. Our CEO Larby Amirouche and his managers believe in their employees’ capabilities. The lack of belief can only prevent the business from achieving its full potential. This holds true not just in business but also in all aspects of life. As boxer “Iron” Mike Tyson says it best – “Confidence breeds success, success breeds confidence.”.

Learn From Your Failures

This is probably the most important lesson in business and in life. Failure is inevitable and it happens to all aspects of life. What’s important is what happens after the failure, and how we learn from it. Larby has had small technical failures in the past and our managers have learned from it. Larby Amirouche has started integrating the fix and we as employees implement it. We have learned to be vigilant because of it, and we are always on the lookout to avoid such events. Failure should not hinder us from doing our jobs or living life to the fullest. It is through failure that we learn and make better choices in the future.

A great example of bouncing back from failure is video game producer Hironobu Sakaguchi. In 1986, he was at the brink of quitting the industry after several games he created failed to become major hits. He then pitched the idea of doing a role-playing game to his then company; Square. This game called “Final Fantasy” was released in 1987 and became a major success. The Final Fantasy series became an expansive franchise and soon enough, Sakaguchi was promoted to the Executive Vice President position.

It’s Not Just About the Money

Success is not just about money. It’s about bringing in value every day. Building a company with strong values is more important than focusing on just making profits. It will help you come up with solutions that you will face as an entrepreneur. Money is essential, but being able to transfer your passion to your direct reports is more important. There will be a lot of times throughout your run that money will not be enough to fuel your drive so building a foundation from passion will get you through these times. CEO Larby Amirouche fosters that passion in his employees. It’s not just about going to work, but also being able to collaborate with colleagues. Also, your personality counts. In a company, your employees will always count on you. So you have to make sure that your passion and determination is consistent and contagious. At the end of the day, business will thrive better if you set aside the pressures of making revenue.

That’s about it. Take these lessons and apply them to your business tenure. It will not always be easy, but if you keep at it, good things will come. Stay safe!

What Wood Is Parquet Flooring Made Of?

Which Business is the Backbone of Every Manufacturing Unit?

Which Business is the Backbone of Every Manufacturing Unit?

Facts about Study in China in 2021 Revealed

9 Possible Risks of Surgery You Need to be Mindful About