HOW TO DECORATE THE WALL BEHIND THE TELEVISION?

How to decorate the wall behind the television? Today is a practical subject that I wanted to talk to you about. Most households have a television in their living room and very often this is highlighted without anyone really knowing how or why. More or less imposing, it is generally not really decorative.

How to decorate the wall behind the television?

1 – Paint the wall behind the television

So yes, I know what you are going to tell me, on the first visual there is no television. But I fell in love with this wall color (terracotta from Dulux Valentine) and this layout so much that I couldn’t help but share it with you. This section of the wall is also the perfect arrangement to integrate a television.

As for the second visual, I don’t think there is much to say … 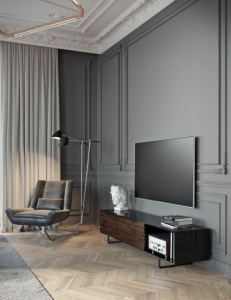 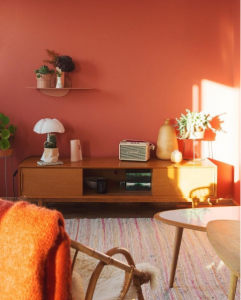 2 – Integrate the television into a wall of frames

The advantage of televisions is that they are characterized by their rectangular shape. And that’s good because it’s also the same shape as most standard frames.

The trick: play with shapes and colors (or not for that matter) to create a real wall of frames and integrate the television into it. Even extinct, it will thus become a work of art. 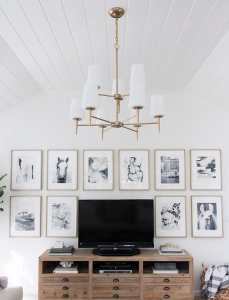 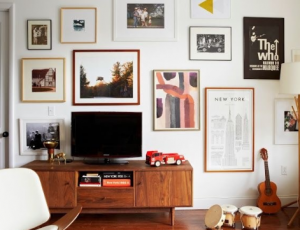 3 – Create a real decoration around the television

What if, failing to want to hide the television, we tried to highlight it? Here the decoration is mainly a mural, a wooden facing on which the television hangs, perfectly centered.

A soundbar and a piece of furniture that comes back to the same alignment. And a wreath of flowers and a beautiful bouquet to bring back a note of sweetness. 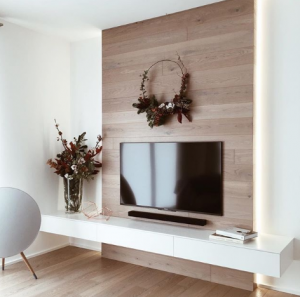 4 – Integrate the television into the decoration with shelves

If you want a wall a little more ventilated, bet on the stacking of shelves to free up the floor space. The big plus: cleaning will become a part of the fun! 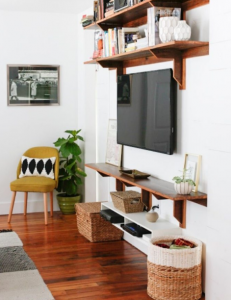 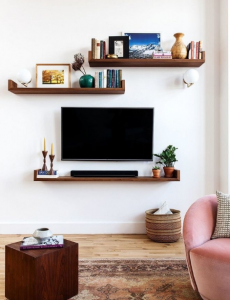 5 – Hide the television in a closet

Simple and efficient, both for its design side and for creating storage on a wall where space is generally wasted. 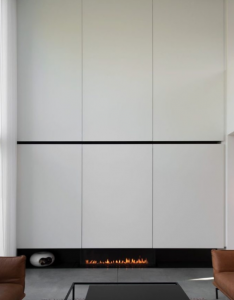 How Often Should You Call Professionals for an HVAC Service?